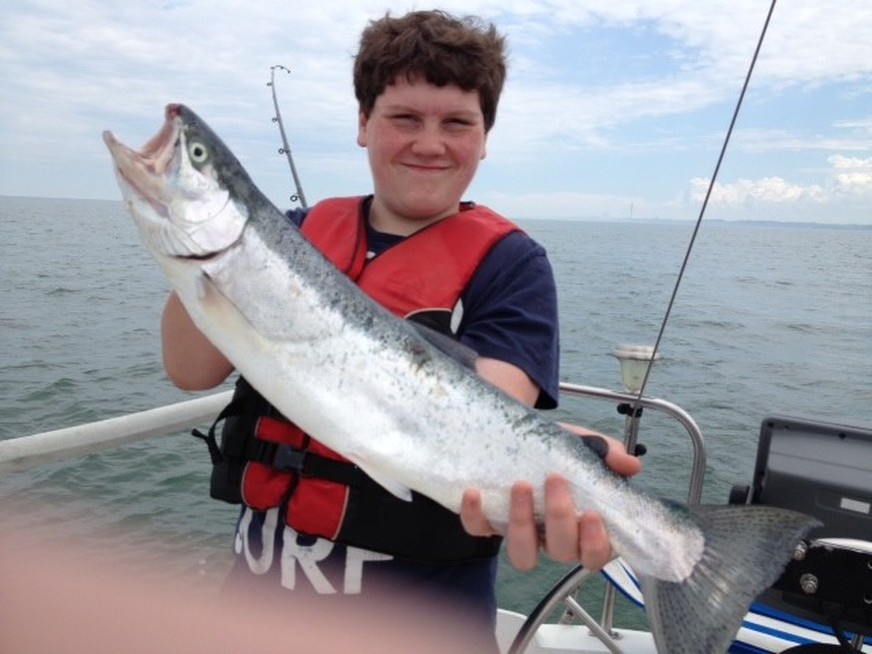 Chris is a sixteen year old boy who left his public school and transferred to a Christian school due to severe and very cruel bullying by his classmates.  He was picked on and taunted mercilessly for being chubby and his gentle, shy, submissive personality made him an easy target.   When he was a toddler, his mother’s fiancé (and biological father) lived in their home, and was physically and verbally abusive to both he and his mom.

The man’s violent outbursts scared his mother to the point where child protective services stepped in and
had the man removed from the home.  His mom is now married to a nice caring man, who has been a good father to Chris and his step siblings.  Although fairly young, Chris’s step father has recently been diagnosed
with Alzheimer’s disease and is no longer able to work.  The family makes several trips each month, from
Buffalo to Albany to an Alzheimer’s clinic for specialized care and treatment for him.  Chris’s Mom also just recently lost her job as well.

The picture above shows Chris posing proudly with a beautiful rainbow trout that he caught while on a fishing trip with Captain Dave’s Fishing Charters for Special Kids.  The fish is one of two the same size that he caught that day and they were by far the biggest fish he has ever caught (his biggest before this was a
sunfish). Chris has been a tremendous help to me, cleaning, scrubbing, polishing and waxing the boat to get it ready to take kids out fishing and sailing each year.  He has become my “first mate” and crewman and has helped me take many families out for cruises.  I’m thrilled by the way he takes the role of a “big brother” and friend to other kids we have aboard, and the respectful, helpful ways that he responds to their parents and other adult passengers. 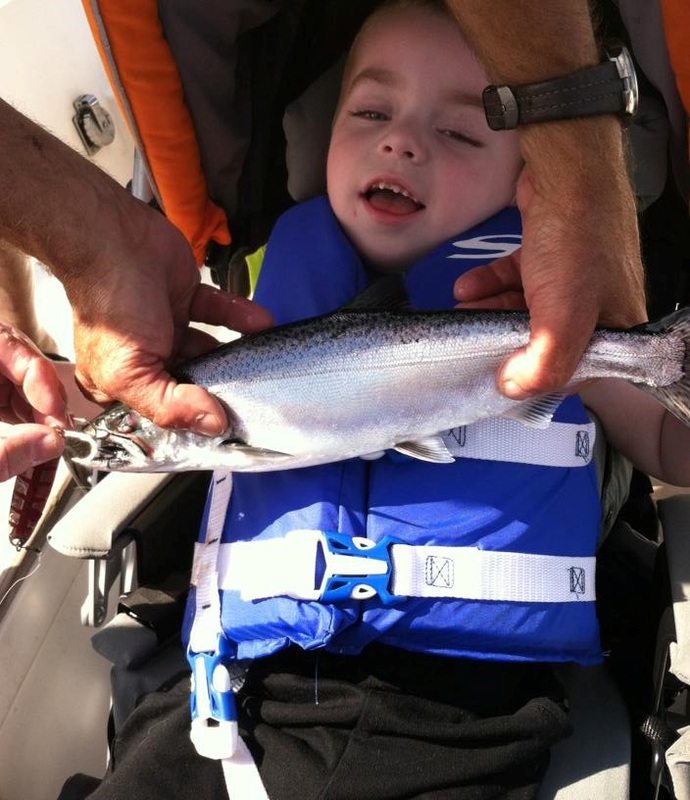 Riley is a preschool boy with Canavan disease.  This is a rare and more serious form of Krabbe's disease, the condition that Hunter Kelley (Bill's quarterback Jim Kelley's son) had.

Canavan disease is a progressive, fatal neurological disorder that begins in infancy. It is caused by an inherited genetic abnormality: the lack of an essential enzyme causes deterioration of the white matter (myelin) in the brain, thereby preventing the proper transmission of nerve signals. Symptoms of Canavan disease vary, but generally include rapidly increasing head circumference, lack of head control, reduced visual responsiveness and abnormal muscle tone such as stiffness or floppiness. Children with Canavan disease cannot crawl, walk, sit or talk. Over time they may suffer seizures, become paralyzed, developmentally delayed or blind and have
trouble swallowing. Deafness may also result.

Symptoms usually become apparent when the infant is three to nine months old.  Most children do not live past age 10.  At the present time there is no known cure for Canavan disease.

The day that Riley came aboard was the first and only time he has ever been on a boat.  Although he was unable to communicate verbally, he was all smiles as he felt the up and down rocking movements of the vessel and the gentle lake breezes.  His dad caught a small trout which brought a big smile to his face as it wriggled in our hands just a few inches from his eyes.

Later his dad caught a big, beautiful, rainbow trout, that also made Riley smile as it thrashed in the net near him.  Above is a picture of his dad posing with him and the big trout. (Riley is sound asleep after an afternoon of sun and fun)  His mother was delighted with the cozy, roomy interior of the boat, which gave her a perfect place to change her two little ones and also lie down for a nap with Riley and his little sister Bryanna (also shown above).

If you know of any “special” kids who would benefit from a sailing cruise or fishing trip with “Captain Dave” please let their parents know about this wonderful opportunity.  Or, If you know of anyone who can help us by volunteering or with a donation of any size please spread the word.